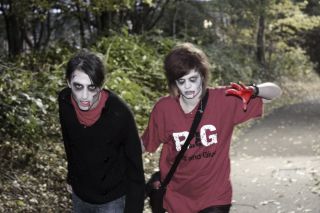 The first National RaG (Raise and Give) Awards were held on Wednesday 4th September at Birmingham University.

The RaG Awards celebrates the work of thousands of students from different Universities, who host charity fundraising events throughout the year.

The University of Hertfordshire was awarded ‘The most innovative event’ for the Zombie Chase, which successfully rose over £500 last November.

The event brought together the work of RaG, the Skirmish society, make-up artists, photographers, film-makers and more.

College Lane Campus was infected with a plague of zombies, and the only hope of survival was for students to get together a team and take on the Zombie Chase.

Tickets for the event were sold out at the Forum Box Office, and around 250 people took part on the day.

I was involved with RaG as a volunteer Graphic Designer, creating promotional material and assisting with the organisation and running of events.

The Zombie Chase was my favourite of the RaG events through 2012-2013. Getting dressed up and chasing students around campus was unbelievably fun, and seeing so many people come together to make the event a success really embodied what RaG is about.

I’m so proud of everyone who volunteered and took part in the event, which truly deserves the innovation award, and I look forward to seeing many more great events coming from RaG Hertfordshire in the future. 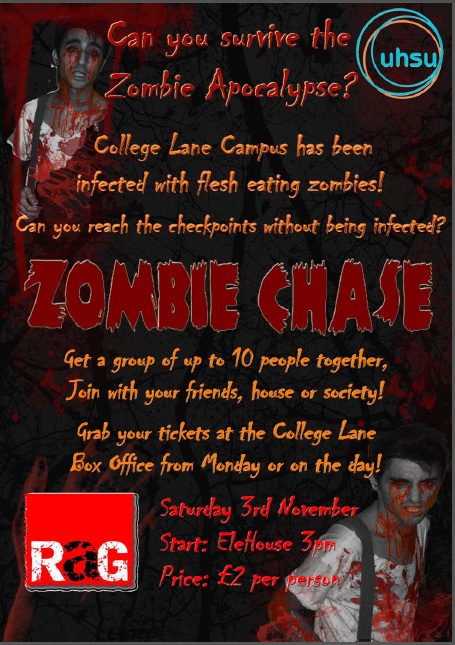