A look back at the last year with my favourite memories and most popular posts of 2013. There’s been some big changes and incredible opportunities over the last 12 months, it was a challenge to name just a few!

January
2013 started with the position of News Editor for UniVerse, the student newspaper at the University of Hertfordshire, including my first RANT: De Hav LRC Lifts 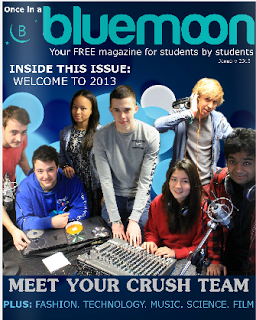 Continuing from 2012 I was also writing for Yuppee magazine: Efferus Live Review

Also in student media, I began working with the new Deputy Print Editor, Kate Snowdon, on redesigning BlueMoon magazine. We kicked off 2013 with our first ‘New Year’ edition, featuring a RaG Round Up (page 5) and Biggest Books of 2012 (page 12): BlueMoon January 2013


February
Celebrations were in order as I got my place for study abroad at California State University, Long Beach!
News Editor for UniVerse, featuring interviews with Lena Kloos and Amy Washington

One of the most exciting ventures of March was assisting with the Crush Radio Comic Insomnia world record attempt, raising over £2,000 for Comic Relief with a 76 hour radio show. I’m proud to have worked with RaG to be a part of this!


April
More fundraising in April including supporting the 3 Peaks Challenge with a 4 hour stair climb, and interview with UniVerse: 3 Peak Challenge

Returning to Yuppee with another interview: Inside the Management Roster with Efferus 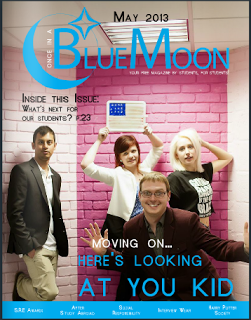 My time on BlueMoon came to a close, acting as Associate Editor for our final issue of the year – ‘Moving On’. I even got in front of the camera for this one, featuring Moving on to Greener Things (page 8), Students Social Responsibility (page 9), Up and Coming (page 26), Decoding Book Launches (page 30) and What’s Next After the Series (page 31): BlueMoon May 2013

For my personal blog this was one of the most meaningful: May 12th International M.E. Awareness Day


June
Finishing the year at the University of Hertfordshire, I was able to devote my time to pursuing my love of music journalism, with reviews for the Independent Voice ezine and other volunteering opportunities

July
Spending three months as a marketing volunteer for Relate Central and Northern Hertfordshire proved a valuable experience that I would return to later in the year from a PR standing: Relate Volunteer

I also had a guest blog featured by Folkstock Music Festival


August
A family holiday, saying goodbyes, last minute packing, and a 10 and a half hour flight later, I arrived in California. To keep track of my travels I started my CSULB Study Abroad Blog 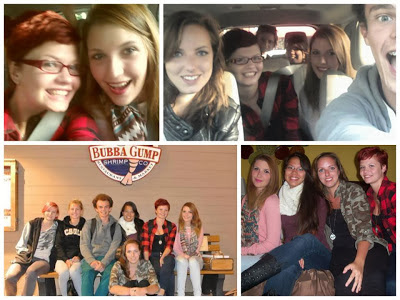 October
An unforgettable trip as part of my study abroad journey, to San Francisco

Interviewed The Two Tone Boners for the Daily 49er Spectacle Blog: Behind the Ska Scenes


November
Turning 21 in America and spending an incredible weekend away: What Happens in Vegas
Review for PunkWorldViews.com of an amazing show with August Burns Red where I had some of my favourite pictures taken, crowd surfing to BlessTheFall and backstage with ABR!

Another personal blog, following the launch of a kickstarter campaign for a new documentary film: Canary in a Coal Mine


December
As my first semester at CSULB came to a close, I shared some of the multimedia content I had been working on, including a podcast and video: Hannah Moroz Interview

More music journalism for PunkWorldViews.com, with a live show review of The Devil Wears Prada

Rounding up on the study abroad blog before returning home for Christmas: One Semester Down 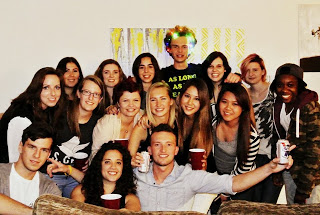 Looking back at this year it has been incredibly busy and filled with great opportunities. In 2014 I will be returning to CSULB for my second semester. With new classes, new people to meet, and new experiences to be found, who knows what the future could hold!